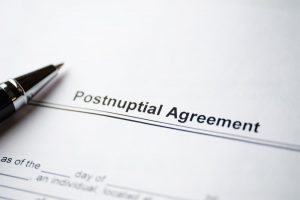 Nobody wants to plan for their marriage to fail. At the same time, the statistics are there: 41 percent of first marriages and 60 percent of second marriages end in divorce today. Couples frequently have friends and relatives who have divorced their spouses and have seen the chaos that results. It’s realistic to want to avoid that in your own marriage by having a prenuptial agreement before you wed or a postnuptial agreement (sometimes called a marital agreement) if you are already married. These arrangements spell out what will happen to your property if your marriage ends in divorce.

One of the most contentious areas of a divorce involves the children: child support, visitation and custody, and school choice. If ever there was a decision that needed to be spelled out in advance, it is what will be done about the children.

Unfortunately, Georgia law prohibits making any agreements that attempt to define, limit, or quantify child support. The reason is that Georgia courts treat child support as a right granted to the child, not the parents, and it is overseen by the courts for the benefit of the child. A child support order is written by the judge at the time of the divorce and is separate from the marriage settlement agreement.

Georgia code section 19-6-15(c)(6) has a provision that allows parents to enter into an “enforceable agreement” that does not comply with the court’s own order. The agreement must be reviewed by the court and must fully comply with the Code section, including “the provision for medical expenses and health insurance.” There must also be evidence in support of the parents’ reasons for deviating from the court’s findings. The court reserves the right to reject the parents’ agreement if it does not agree with the parents’ findings.

The child support order must be determined by the parents’ monthly income at the time of the divorce. Therefore, any prior attempt by the parents to set an amount or limit the duration would be speculative at best. Support orders are also determined by custody determinations and visitation schedules, and these will vary depending on the age and schooling schedules of the child.

These strict requirements are meant to protect the child’s rights and health after a divorce. Because a postnuptial agreement is written long before the end of the marriage, it will not have the current information needed to support the reasons for any deviation from the guidelines. It is difficult to write realistic child support into a postnuptial agreement that a court will accept later.

What you can put into your postnuptial agreement, however, are ways to avoid arguing and fighting about support payments during the divorce process. Marital contracts are liberally interpreted by the courts in favor of the intentions of the parties involved, so a good agreement can make it clear that what you and your spouse want is not to limit the amount of child support but to limit the amount of legal discussion that takes place to reach an agreement. You might:

The goal of your postnuptial agreement for child support should be to streamline the support process once it gets to court. You cannot set a dollar amount according to Georgia law or decide which spouse will pay more or less. But you can ensure that all the paperwork will be completed in a timely manner and that your attorneys won’t have to spend hours in court trying to compel the other side to provide documents that they are required to give. 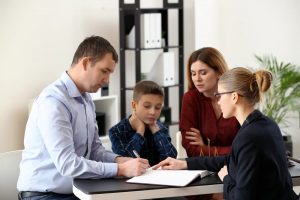 Getting Help with Your Postnuptial Agreement

When you are planning a postnuptial agreement, we can help you make sure everything is done right. At Kessler & Solomiany, LLC, we know that you want your marriage, whether future or current, to last a lifetime. At the same time, a good marriage plans for all outcomes, even undesirable ones. Call us at (404) 688-8810, and our attorneys will go over your options and discuss the best ways to craft a postnuptial agreement that protects everyone’s rights now and in the future.