The end may be near for the troubled marriage of national evangelist Juanita Bynum and her estranged husband Bishop Thomas W. Weeks III. 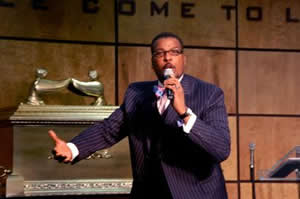 Weeks, the leader of Global Destiny Ministries of Duluth, sent a settlement offer to Bynum so divorce negotiations wouldn’t drag on any longer, said Weeks’ attorney, Randy Kessler of Atlanta. The 15-page offer is being reviewed by Bynum’s attorney, Karla Walker of Valdosta.

“There are a couple of minor changes we have to make,” Kessler said. “We are hoping that the document will be signed by the end of the week.”

Kessler would not discuss the terms of the settlement offer. Weeks is not seeking spousal support, Kessler said, but the pastor does want help covering his attorney fees.

Walker did not respond to a call for comment and Bynum’s publicist, Amy Malone, had no comment.

Bynum and Weeks married in 2002 in an elaborate ceremony. They built Global Destiny Church in Duluth together before their relationship fizzled.

On Aug. 21, 2007, Weeks attacked Bynum in the parking lot of the Renaissance Concourse Hotel in Atlanta after the couple met to discuss their problems. They had been separated since spring 2007. 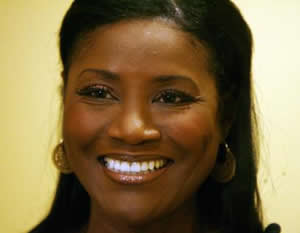 Weeks was convicted in March of aggravated assault in the attack on his wife. He was sentenced as a first offender, given three years’ probation and ordered to attend anger management classes and perform 200 hours of community service.

Bynum proclaimed herself the new “face of domestic violence” after the August assault. The traveling Pentecostal pastor continues her ministry. In April, Bynum appeared on Fox TV’s “Divorce Court,” offering advice to a couple who were ending their marriage after a history of domestic violence.

Kessler said Weeks is looking forward to closing this chapter in his life. After Bynum missed several appointments to discuss the divorce, including a recent court-ordered mediation, Weeks grew tired of waiting and pushed for a settlement, Kessler said.

“He is moving forward with his life,” Kessler said. “This is a way out. Everyone keeps what they have. Once they sign this … all the judge has to do is attach a divorce decree to it.”