Breaking Up Is Harder to Do After Housing Fall

When Marci Needle and her husband began to contemplate divorce in June, they thought they had enough money to go their separate ways. They owned a million-dollar home near Atlanta and another in Jacksonville, Fla., as well as investment properties. 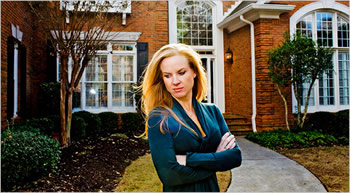 Now the market for both houses has crashed, and the couple are left arguing about whether the homes are worth what they owe on them, and whether there are any assets left to divide, Ms. Needle said.

“We’re really trying very hard to be amicable, but it puts a strain on us,” said Ms. Needle, the friction audible in her voice. “I want him to buy me out. It’s in everybody’s interest to settle quickly. That would be my only income. It’s been incredibly stressful.”

Chalk up another victim for the crashing real estate market: the easy divorce. 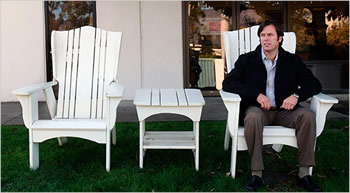 With nearly one in six homes worth less than the mortgage owed on it, according to Moody’s Economy.com, divorce lawyers and financial advisers around the country say the logistics of divorce have been turned around. “We used to fight about who gets to keep the house,” said Gary Nickelson, president of the American Academy of Matrimonial Lawyers. “Now we fight about who gets stuck with the dead cow.”

As a result, divorce has become more complicated and often more expensive, with lower prospects for money on the other side. Some divorce lawyers say that business has slowed or that clients are deciding to stay together because there are no assets left to help them start over.

“There’s an old joke,” said Randall M. Kessler, Ms. Needle’s lawyer. “Why is a divorce so expensive? Because it’s worth it. Now it better really be worth it.”

In a normal economy, couples typically build equity in their homes, then divide that equity in a divorce, either after selling the house or with one partner buying out the other’s share. But after the recent boom-and-bust cycle, more couples own houses that neither spouse can afford to maintain, and that they cannot sell for what they owe. For couples already under stress, the family home has become a toxic asset.

“It’s much harder to move on with their lives,” said Alton L. Abramowitz, a partner in the New York firm Mayerson Stutman Abramowitz Royer.

Mr. Abramowitz said he was in the middle of several cases where the value of the real estate could not be determined. “All of a sudden,” he said, “prices are all over the place, people aren’t closing, and it becomes virtually impossible to judge how far the market has fallen, because nothing is selling.”

For John and Laurel Goerke, in Santa Barbara, Calif., the housing market crashed in the middle of what Mr. Goerke said had been an orderly legal proceeding. At the height of the market, Mr. Goerke said, they had their house appraised at $2.3 million, which would have given them about $1 million to divide after paying off the mortgage. But by the time they sold last year, the value had fallen by $600,000, cutting their equity by more than half.

“That changed everything,” said Mr. Goerke, who is now nearly two years into the divorce process, with legal and other fees of several hundred thousand dollars. “The prospect of us both being able to buy modest homes was eliminated. The money’s not there.”

Now, with both spouses living in rental properties, their lawyers still cannot agree on what their remaining assets are worth. Their wealth is ticking away at $350 an hour, times two.

“It’s got to end,” Mr. Goerke said, “because at some point there’s nothing left to argue about.”

For other couples it does not have to end. Lisa Decker, a certified divorce financial analyst in Atlanta, said she was seeing couples who were determined to stay together even after divorce because they could not sell their home, a phenomenon rarely seen before outside Manhattan.

“We’re finding the husband on one floor, the wife on the other,” Ms. Decker said. “Now one is coming home with a new boyfriend or girlfriend, and it’s creating a layer to relationships that we haven’t seen before. Unfortunately, we’re seeing ‘The War of the Roses’ for real, not just in a Hollywood movie.”

In California, James Hennenhoefer, a divorce lawyer, said couples were taking advantage of the housing crisis to save money by stopping their mortgage payments but continuing to live together for as long as they can.

“Most of the lenders around here are in complete disarray,” Mr. Hennenhoefer said. “They’re not as aggressive about evictions. Everyone’s hanging around in properties hoping the government will buy all that bad paper and then they’ll negotiate a new deal with the government. They just live in different parts of the house and say, ‘We’ll stay here for as long as we can, and save our money, so we have the ability to move when and if the sheriff comes to toss us out.’ ”

Mr. Hennenhoefer said this tactic worked only with first mortgages; on second and third mortgages, the lenders pursue repayment even after the homeowners have lost the home.

Dee Dee Tomasko, a nursing student and mother in suburban Cleveland, expected to leave her marriage with about $200,000 in starter money, primarily from the marital home, which was appraised at about $1 million in 2006. By the time of her divorce last year, however, the house was appraised at $800,000; her share of the equity came to about $105,000.

Though she is relieved to be out of the marriage, if she had known how little money she would get “I might have stuck with it a little more; I don’t know,” Ms. Tomasko said, adding, “Maybe it would’ve made me think a little harder.”

For divorcing spouses with resources, though, there can be opportunities in the falling housing market.

Josh Kaufman and his wife bought a new 6,500-square-foot house outside Cleveland on five and a half acres, with four bedrooms and two three-car garages, that was worth $1.5 million at the height of the market. When they divorced in June, Mr. Kaufman knew his wife could not afford to carry the home. The longer the divorce process continued, the more the house depreciated; by the time he assumed the house, its appraised value was half what the couple had put into it; he did not pay her anything for her share.

“From a negotiating standpoint we knew that she couldn’t afford to stay in it,” Mr. Kaufman said. “It appeared as an opportunity to turn the negative situation around. There was no emotion involved. It was a business decision on what made most financial sense. It wasn’t an attempt to take advantage of someone.”

Still, his lawyer, Andrew A. Zashin, said, “He bought this house at a bargain basement price.”

For Nancy R., who spoke on condition of anonymity because her colleagues do not know her marital status, the impediments to divorce are visible every time she opens her door.

“There’s three other houses for sale on our same road,” she said. “There’s no way our house would sell.”

For now the couple are separated, waiting for real estate prices to recover. But for Ms. R., that means remaining financially dependent on her husband. He moved out; she remains in the house.

“I still feel kept in certain ways, and I don’t want to rock the boat,” she said. “And it’s draining. So suddenly, when there’s an economic crunch, we’re paying for two places. And we’re both eating out more, because it’s no fun to eat alone.”

The same dynamics that marked their marriage now hang over their separation, she said: “He has the ultimate control.”

“We can’t sell the house,” she said, “and whatever settlement I get depends on a good relationship with him, based on his good will. The lines get blurry and confused quickly, which makes emotions fly easily” — especially if she were to start dating.

“Any icing on the cake is going to come from his good will,” she said, “and that means being the peacemaker. I’m the underdog in this situation. We’re basically forced to remain in a relationship after we’ve decided to end it.”