Law bars stampede to court, but may motivate parents to seek new orders

By ALYSON M. PALMER
NEW CHILD SUPPORT guidelines went into effect Monday, but that’s not supposed to provide a basis for parents to seek modification of child support orders. 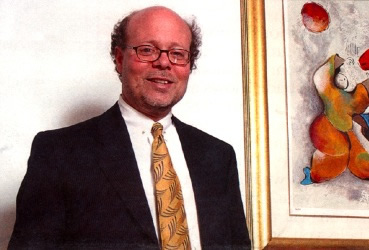 Legislation passed in 2005 said the adoption of the new rules was itself a reason for a parent to ask for a new child support order. But under the law signed by Gov. Sonny Perdue last spring, a parent must show a substantial change in financial circumstances or the needs of the child to justify a change in support.

Nonetheless, said Atlanta domestic relations attorney Randall M. Kessler of Kessler, Schwarz & Solomiany, parents who arguably have changes in circumstances that would allow a modification may have more impetus to seek a new order than they had under the old guidelines.

“There’s more motivation to go back to court,” he said, “because it used to be we’d say, ‘You’re not going to get that much of a reduction.’”

That doesn’t necessarily mean more cases will go to trial, Kessler and other practitioners said. As before, many of those actions for modification may be settled.

But the upshot of the new law is that high-income parents will pay less in support than they did under the old rules, said Kessler, while some people in lower income brackets may pay slightly more. And that has parents who pay child support calling their lawyers to see if they might get a break under the new rules.

The bills that changed the rules are long and complicated. At the heart of the legislation is a shift to what’s called an “income shares” model, which considers the income of both parents. Under the previous system, child support obligation was calculated as a set percentage of the payor parent’s income based on the number of children to be supported.

Now the combined income of both parents will be plugged into a statutory table to determine how much support the child needs, with the noncustodial parent to pay a pro rata share of that support corresponding to the parent’s share of the combined parental income. Health insurance and work-related child care costs are then factored in.

While the prior law said that “special circumstances” could provide a basis for a support award different from that calculated under the statutory percentage, the new law allows for specified “deviations” from the calculated pro rata share, such as travel expenses.

The General Assembly passed sweeping legislation switching to the income share model in April 2005. Republican backers of the legislation said that it would remedy inequities in the old system that placed too great a financial burden on noncustodial mothers and fathers. Critics called it a “mad dad” bill that would hurt women.

A new version approved by the Legislature and Perdue the following spring did away with some significant elements of the legislation. In addition to providing that the new legislation itself was not a basis for a modification of support, the 2006 bill eliminated specified reductions in child support based on the number of days the noncustodial parent spent with the child each year.

Because the new rules apply not just to cases filed after Monday but also to previously filed cases that didn’t reach final judgment before that date, parents seeking a modification under the new rules have already begun to file lawsuits, said Kessler, who is editor of the State Bar’s Family Law Review. He said he had clients who had already done so—and already settled the matter.

Catherine M. Knight of Boyd Collar Knight in Atlanta said she’d been getting calls about modifications. “But it’s not a hurry, because the new law’s not going away,” she said, explaining that there was time to run the numbers and see if a request for modification would be worth the effort.

The law has caused a bit of a rush on another front, however, she said. Knight said Thursday that she had been getting calls from panicked lawyers all over the state worried that child support settlement agreements might be subject to renegotiation under the new rules if they were not signed by a judge before the close of 2006. “Some judges are really scrambling to try to get everybody in because they don’t want to reopen the deals,” she said.

Knight said that while there may be more litigation over requests for modification of orders—both those entered under the old law and those rendered under the new—cases may be settled at the same rate as before.

For those who want to go to court, she said, the deviations provided for under the new law will provide a basis for argument. “The people who will want to argue are still going to argue,” she said, “but often appropriately so, because the deviations are a meaningful part of the guidelines. There are good reasons to deviate, often.”

Kessler also said he didn’t think there would necessarily be more people going to trial over child support issues under the new law. Human nature won’t change, he said, and someone who’s averse to fighting in court will still feel that way, with uncertainties in the law breeding settlement.

On the other hand, said Kessler, the new law provides something for those who want to fight. “Whenever there are more words in a statute, there’s more to fight over,” he said.

“There definitely are people who are on a mission, who really feel like they’ve been wronged,” he continued, “and those people are going to be at the forefront of the litigation.”

How judges will handle the allowed deviations is one of the big question marks hanging over the new statute, said Athens attorney John F. Lyndon, a member of the executive committee of the State Bar’s Family Law Section.

“I think a lot of it is going to depend on how the judges are applying them, and I think that we will get some consistency in how the judges do apply them. … so I don’t think it’s necessarily going to increase litigation,” he said.