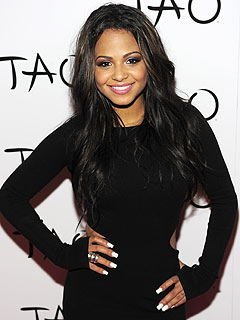 She often sings about relationships. But, for now, Christina Milian’s only singing about love, rather than falling in love, because her dating life is virtually non-existent. And that’s exactly how she wants it.

Since having a child and later splitting with rapper-producer The Dream, Milian, 29, said she hasn’t dated. It’s a world she’s really never really known.

“I jump from relationship to relationship usually and this is the first time I’m comfortable with myself,” she said. “I’m learning about myself all over again. And as far as my daughter, I will never bring anyone into her life that I don’t have a real connection with. I’m going to protect her. I don’t just bring anyone into my life or her life.”

Her 8-month-old daughter, Violet Madison Nash, is “the biggest blessing of my life,” she said.

“I feel life has a meaning. Everything I do is for her now. I dedicate my life to her now. I spend every moment just thinking about whatever I pursue is going to be a part of her future. I want the best life for her… She’s the happiest, most beautiful baby.”

As for her ex, Milian’s lawyer says they have settled the terms of their divorce. “Christina Milian is pleased that she and her husband have resolved matters outside of court,” Randy Kessler tells PEOPLE. “She agreed to settle the case because the agreement was very fair and it helped avoid what would have been an ugly trial.”

Milian will next be seen in ABC Family’s holiday movie Christmas Cupid, premiering on Dec. 12.