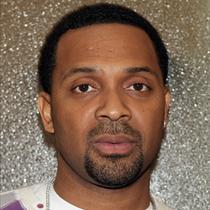 Comedian Mike Epps is fighting a paternity suit from a Georgia woman who claims the actor is the father of her four-month-old child.
The married Next Friday star has been named in legal papers filed by an unnamed female in February, in which she requests Epps take a DNA test and acknowledge the child as his own.

The woman’s lawyer Randy Kessler claims his client initially wanted to keep the proceedings quiet, but was forced to go public after repeated calls and emails to Epps and his attorneys were ignored.

He tells TMZ.com, “We are not asking for the moon, we are just asking him to take a paternity test.”

“Once the tests are completed and paternity is confirmed, hopefully, Mr. Epps will do the right thing and begin to provide for his child.”
Epps, 37, has been married to wife Michelle McCain since 2006. The couple has no children together.