A common statement you will hear from attorneys who have practiced any significant amount of family law is that “nothing surprises us” anymore. Of course, exception proves the rule and I recently experienced such an exception during a divorce mediation. 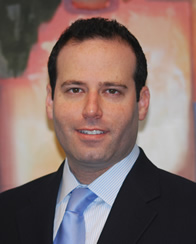 I have handled hundreds of mediations and recognize that mediations give clients one of the best opportunities to resolve their matter. Mediations force people to communicate in order to try and resolve their differences. Moreover, mediations provide an opportunity to listen and learn where the other side is truly coming from and what issues they believe to be important. Sometimes, we learn that issues that were expected to be highly contested are not really issues after all, and similarly we may learn of issues that we initially did not believe

would be argued over. But by and large, clients and their attorneys know what will be the hot button issues that will need to be negotiated and addressed and they should prepare accordingly.

Preparation is the key to a successful mediation and one cannot be overly prepared. Such was the case with a recent client, who for purposes of this article, I will refer to as James. James and I prepared for several hours the day before our scheduled mediation with his wife, Jenna, and her counsel. Given the correspondence, pleadings, and prior discussions with op

posing counsel in the case, we believed the biggest issues at mediation would be custody of the parties’ 2 year old Mikey, parenting time, and child support. By all appearances, both parties w

anted custody.
The mediation started like many do. The mediator made his introductory comments, and then I made my opening statement first as I represented the plaintiff. I made it cle

ar we believed James should have primary custody and addressed some other issues that were relatively minor. Opposing counsel then started with his opening and within about 2 minutes, stated that custody was not an issue and that his client would concede custody, agree to pay above guideline child support, and would agree to a parenting plan of our choice.

When we broke into separate rooms, my client looked at me in complete shock. He was ecstatic that he was getting custody by agreement, but couldn’t believe that his wife had agree

d to it within the first 2 minutes of mediation. We of course immediately drew up a settlement memo to lock in an agreement on what was the most important issue for my client.

As the parties were about to sign the settlement memo on custody, parenting time, and support, Jenna stated that, “Since you are getting Mikey, I assume I am getting Dino and Kirby.”

“Get them? No way,” responded James.

“Then no deal,” shot back Jenna.

Opposing counsel and I just looked at each other with a mix of confusion and disbelief.

Dino and Kirby? My initial reaction was to wonder if there were other children that my client neglected to mention to me.

I was actually half right; Dino and Kirby were the parties’ pet python and Pomeranian. The parties had bought these pets during the marriage, and they were like family members to both the parties. I had previously asked my client if there were pets, and he had simply informed me it was not an issue so we had moved on.

Unbelievably, the mediation continued for several more hours while we primarily negotiated over the pet python and dog. In most cases involving pet disputes (with children), a common solution is to have the pets go with the children when it’s that parent’s turn for parenting time. We suggested that solution, but Jenna was adamant that she be awarded the pets outright.

Ultimately, probably because it finally dawned on Jenna what she would spend in legal fees to have the court decide this issue (not to mention how she would appear to the court and probably her friends), she relented and the parties decided to share the pets. Of course, we had to come up with a pet sharing schedule.
The parties were able to execute a full settlement memo that day, but understandably, it was upsetting and somewhat confusing to my client that his wife would so easily and readily hand over custody of the parties child, but fight tooth and nail for two pets, one of whom is likely to eat the other if left alone and out of its cage. Nevertheless, he received custody of his child by agreement and for that he was overjoyed, even if it took an unusual mediation to get there.