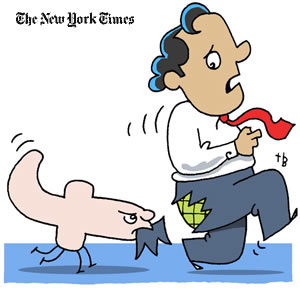 DISCRETION and privacy have become antiquated notions on social networks, and the generous revelation of secrets make some people cringe — though not divorce lawyers searching for evidence of misbehavior by their clients’ spouses. What once could be uncovered only through laborious and often unsavory sleuthing can now sometimes be found with the click of a mouse.

Bar associations have been conducting workshops on how to navigate this often brazen new world.

“It has changed the way we do business,” said Gary L. Nickelson, a matrimonial lawyer in Fort Worth. “Before, we would hire private investigators, have opposing spouses followed, try to interview acquaintances and friends. We would strive forever to get evidence, and now people can’t wait to post on MySpace or Facebook who they are out drinking with. We just come along and scoop that up.”

Linda Lea M. Viken, president of the American Academy of Matrimonial Lawyers, who has her own firm in Rapid City, S.D., agreed.

“Facebook has become an open book of people’s lives,” she said. “They write things as though they were having a conversation with one friend, so they say the most outrageous and private things. You can’t get better evidence than what comes from their own mouths or their own computers.”

A survey released last year by the academy found that in the previous five years, 81 percent of its 1,600 members had used information plucked from social networks.

Social networks, of course, are not the only electronic sources of evidence. Videos on YouTube, text messages, dating services, voice mail, cellphones, even Global Positioning System receivers and E-ZPass records can be gold mines of potentially damaging information.

“We had one woman who said her husband was beating her, and we found the E-ZPass records showing her crossing the George Washington Bridge at the precise time she said she was being beaten,” said Alton L. Abramowitz, a New York lawyer.

The things people post can be worse than any accusation of an angry spouse. For example, Ms. Viken said, a father seeking custody “had listed on his Facebook page that he was single with no children looking for a fun time.”

And if divorcing spouses do not sabotage themselves, their friends, real or on Facebook, can do it for them — either intentionally because they are taking sides in the dispute, or accidentally.

“John may be dating Susan,” said Randall M. Kessler, an Atlanta lawyer who is the chairman-elect of the American Bar Association’s family law section. “If they go out with friends, she does not tell them he is married. Susan’s friend takes pictures and posts them on Facebook, where his wife sees them.”

Indeed, though many people restrict who can see their Facebook profiles and pages, lawyers said they can find useful information simply by looking at their friends’ pages.

Still, Steven Tavlin, a private investigator who runs the Holmes Detective Bureau in New York, is skeptical about just how much social media sites can yield.

“I haven’t found it to be that much of a help,” he said. “Anyone who is cheating is not going to have that stuff out in the open anyway. I guess stupid people might.”

Mr. Tavlin, who said that he seldom takes a matrimonial case “unless it’s interesting,” added, “being anonymous is easy in a million different ways and it doesn’t come back to you.”

While finding evidence of wrongdoing by one party is no longer as crucial as it was before no-fault divorce laws were adopted across the country — last year New York became the last state to do so — contests over child custody or assets often require proof of blame.

“No-fault does not mean that fault is irrelevant,” said Kenneth P. Altshuler, a lawyer in Portland, Me., and the president-elect of the American Academy of Matrimonial Lawyers. “It is when you are lying about money, when you show bad behavior in front of children, when there is untreated substance abuse. Facebook has made it very easy to show lack of credibility and that is what can win a case. Once you catch them in one lie, nothing else they say is credible to the judge.”

Still, it is not a free-for-all. There are strictly defined legal limits on what information can be lifted and what is in the private domain and can be obtained only through legal procedures like subpoenas, depositions and discovery.

“It is important how I obtain information,” Ms. Viken said. “If my client gives it to me and it has been obtained improperly, then I can’t use it.”

Yet a great deal is available with a subpoena, she said, citing a situation in which a client contended that his wife was playing the online game “World of Warcraft” when she said she was home schooling their daughter.

Ms. Viken subpoenaed the records from the company that tracks players for the game; they showed that on some days the woman played for 10 hours.

“It turned out that her version of home schooling was to put her daughter on another computer program lasting an hour and the rest of the time the daughter watched television,” Ms. Viken said. “Needless to say, that was a valuable piece of information and the father got primary custody.”

Most often, lawyers say they use the evidence they have extracted online to exert the threat of potential embarrassment.

“Once people start to think about the silly or irresponsible things they have said, or photos they have posted online, they don’t want to risk being defined in court by their online conduct,” Mr. Kessler said. “That makes them more eager to settle and that is a very good thing.”