Bynum told WAGA-TV this week that she has given her attorney the go-ahead for divorce proceedings, though she still loves Weeks. “It’s so much until I think I can marry him twice, but this one is over,” she said.

As of Friday, Bynum had not filed court documents in Gwinnett County, where the couple lived, or in Ware County, where she has a home.

Divorce attorney said it is Weeks’ “strong preference to remain married.” Attorney Randall Kessler said they have not been contacted by a divorce attorney on Bynum’s behalf. 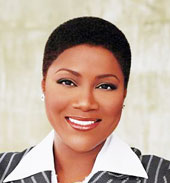 “If she has hired an attorney for a potential divorce, we invite her and her attorney to meet with us privately whenever they like,” Weeks’ statement ends.

Weeks is charged with aggravated assault and making terroristic threats. As a condition of his bond, he is not allowed to have contact with Bynum.

Bynum is a former hairdresser and flight attendant who became a Pentecostal evangelist, author and gospel singer. Her ministry blossomed after she preached at a singles event about breaking free of sexual promiscuity. Among her books are “No More Sheets: The Truth About Sex” and “Matters of the Heart.”

She has recorded top-selling gospel albums and also preaches through televised sermons. 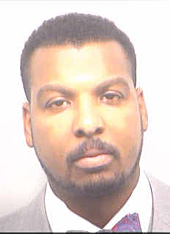 Bynum said earlier this week that she wanted to go from being a victim of domestic violence to an advocate for victims.

“I believe domestic violence will be my new mantle,” Bynum said during a news conference.

Weeks, 40 _ the pastor and co-founder of Global Destiny Ministries _ has cautioned against rushing to judgment in the case and said he would give his side of what happened at the appropriate time.

The couple married in 2002. Together, they wrote “Teach Me How to Love You: The Beginnings.”

Juanita Bynum, the fiery Pentecostal evangelist whose sermons empower women to walk away from dead-end relationships, is suffering some man trouble of her own.

Her estranged husband, Bishop Thomas W. Weeks III, has been charged with felony aggravated assault and making terrorist threats after he allegedly stomped and choked her in a hotel parking lot and threatened to kill her.

Weeks, 54, who shares an international ministry with his wife, is expected to turn himself in to Atlanta police today, his lawyer said.

Police said Bynum, 48, has been whisked away by family for protection as they decide what to do next.

Bynum and Weeks are co-founders of Global Destiny Church in Duluth. They were married in 2002 in a lavish televised wedding that featured a 7.76-carat diamond ring. They separated three months ago, said Bynum’s sister, Tina Culpepper.

According to an Atlanta police incident report, Bynum said her husband “choked her, pushed her down, kicked and stomped her.”

She told police Weeks “continued stomping” her into the ground until a hotel bellman pulled him away.

Police said the couple had met to work out their differences. Things soured, and Weeks walked out to the parking lot at about 10:30 p.m. He then turned back around and attacked her, said Officer Ron Campbell.

Because Weeks threatened Bynum’s life during the attack, police said, charges were upgraded. “Anytime you tell a person, ‘I’m going to kill you,’ that moves it up to a felony,” Campbell said. And her bruises were serious enough to merit felony aggravated assault charges against Weeks.

In a comment posted on her MySpace page, the evangelist said, “I am currently recovering from all of my injuries and resting well … this, too, shall pass.”

“People are interpreting it to mean the two of them were fighting,” Malone said. “They were not fighting. She was assaulted.”

Bynum’s husband has retained two lawyers: famed defense attorney Ed Garland to represent him in the criminal case to take care of the domestic matter.

Garland has in the past represented NFL star Ray Lewis in his murder trial and millionaire James Sullivan, who ordered the murder of his socialite wife.

“He very much regrets what happened and said he’s sorry, for what it’s worth,” an attorney with Kessler & Solomiany, LLC said Thursday night.

Weeks loves his wife, an attorney with Kessler & Solomiany, LLC said, and “he hopes he doesn’t wind up getting a divorce.”

The couple had a home in Duluth, Culpepper said. Upon their separation, Bynum moved to Waycross, where her administrative offices are located.

Members of a Georgia nonprofit group, Concerned Community Citizens “Love for All People,” were working late Thursday to hire two bodyguards to protect Bynum. Culpepper said Bynum was appreciative but that it would not be necessary.

Word of the alleged altercation spread to clergy across metro Atlanta who have either met the couple or know of them.

“I am just tremendously grieved,” said the Rev. Cynthia L. Hale, pastor of Ray of Hope Christian Church in Decatur. “Juanita Bynum is a prophetess. She has been a very faithful and productive member of the ministerial group here in Atlanta and across the nation.”

News of the attack against Bynum upset some of her followers in metro Atlanta. Radios and television stations carried comments on the incident.

“I was disturbed,” said Joy Rollins of Mableton, an events planner who has cassettes of Bynum’s sermons. “They are going around teaching folks … and something like this is going on. I never thought anything like this would happen to her. She is a fireball.”

Once a homemaker, a hairdresser and a flight attendant, Bynum’s big break came when televangelist Bishop T.D. Jakes invited her to speak at one of his conferences several years ago.

Jakes, who has worked closely with Bynum, had no comment, his spokeswoman said.

Operators at Bynum’s ministry in Waycross, Juanita Bynum Ministries, asked the public “to be in prayer for her.”

Culpepper, meanwhile, said she is keeping her sister company through this difficult time.

“She is resting well and healing of all the injuries,” Culpepper said. “The injuries are not just physical.”