When breaking up is hard to do, Randy Kessler is the man to see 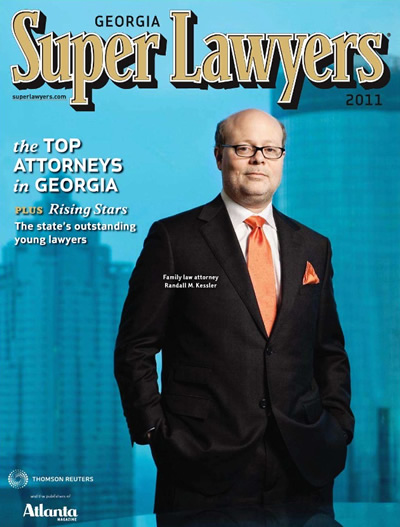 But the vast majority of cases handled by his firm, Kessler & Solomiany, don’t involve celebrities. “A lot of times people will come in and say, ‘I’m not one of your high-profile clients. Will you still take my case?’ And I say, ‘Of course I’ll take your case!’ Our bread and butter is average people who are having a hard time.”

No simple, uncontested divorces here: People call Kessler when they think they’re going to have to fight it out in court.

Kessler isn’t a fan of fighting it out in court—”That should be the last-case scenario,” he says—but he’s a firm believer in preparing for war in order to achieve peace. “If the lawyer for the other side knows you are afraid to go to court or don’t want to, it’s a lot easier [for him or her] to push,” he says.

He even designed the firm to make sure he has resources for both war and peace—with several lawyers trained in mediation and several trained in litigation.

Those resources, Kessler says, are the secret of his success. 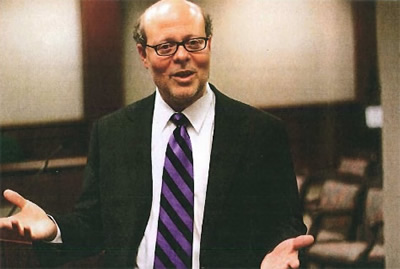 Although Kessler says that the firm takes on “cases we don’t get paid for—and cases we choose not to get paid for,” working on the difficult cases is financially rewarding. “We’re fortunate that most of our clients are fighting about things worth the money,” he says. “It’s worth $50,000 to fight about a million dollars,” he says. “We’re lucky most of our clients can afford that. Some can’t, and you take the cases because you have to. It’s part of being human.”

Growing up in New Orleans, Kessler was surrounded by music and musicians, which, he says, helps him feel comfortable talking to entertainers. It’s a connection he maintains—he was a member for 15 years of the Krewe of Orpheus, a New Orleans Mardi Gras krewe started by Harry Connick Jr., and he rode in the first Mardi Gras parade after Hurricane Katrina.

His parents divorced when he was in college, so he understands something of what his clients—especially the children—go through. “When people say, ‘Kids are resilient, they’ll get over it,’ I can say, ‘It still makes a big difference.’ Where do you go for Thanksgiving? What happens when you have big news and need to tell both parents?”

He spent a year in Israel learning Hebrew. “[I] spent the first five months on Mount Scopus overlooking the Dead Sea on one side and the Old City of Jerusalem on the other side,” he remembers. “Then I spent a month on a moshav, which is a community where each family owns their own land but they pool resources and sell crops or milk together. This was a Yemenite moshav, where the 50 families came over together from Yemen when Israel was established. They speak Arabic and Hebrew. I learned a little of each. Then I spent four months on a kibbutz, picking grapefruit and oranges.”

“I’m one of the most insecure lawyers you’ll ever meet, so every time I thought I wasn’t getting the job done, I’d hire someone else,” he says. “If you hired me and gave me $200,000, instead of thinking, ‘Great, I’m going to make a lot of money,’ I would think, ‘That’s a lot of responsibility; I’d better have enough resources to get all the work done.'” Every time the firm increased its business, it hired more people—a decided advantage in a realm where many family law attorneys are solo practitioners. “My biggest thrill is to walk into the office and see a lawyer talking to another lawyer, saying, ‘I want to run this case by you,'” Kessler says. “That’s what makes us better than average.”

After returning to the States and graduating from Emory University School of Law, Kessler worked for two firms in Atlanta and then set up shop by himself. “In New Orleans, you’re either from there or you’re not, and it’s very hard to break in,” Kessler says. “Maybe it’s because I was Jewish, but I didn’t feel as much a part of the old New Orleans. But Atlanta’s a very easy city to meet people.”

At first, he took anything that came through the door; then he began to get a rep. “I started focusing on cases where they were saying, ‘I want you to represent me,'” he says.

Some of those cases involved celebrities. “We pursued [former Atlanta Falcon] Andre Rison for years,” Kessler says. “He had two kids with our client and wouldn’t pay a few hundred thousand dollars. [So] we didn’t get paid [for years], either. Maybe a lot of lawyers don’t like to take cases where they aren’t getting paid, but she was entitled to the money. We took the case and didn’t let go.”

The entertainment community in Atlanta, Kessler says, is pretty tight, and word spread that he was the man you wanted for a high-profile case. “We’ve represented some superstars,” he says. “A lot of them come to us now because they want to get us before the other side gets us. That’s very flattering.”

“As soon as he meets you, he treats you like he has known you his entire life,” says Marvin Solomiany, a partner in the firm. In fact, Solomiany thinks Kessler could run for office. “He has a natural ability to meet and engage individuals that reminds me of some of the most successful politicians I’ve seen.”

He learned early on to listen—really listen—to his clients. “Sometimes they are not saying what you think they are saying,” he notes. “They may want the old jalopy and not the Porsche. They may not be saying, ‘I want to get as much money from him [as I can].’ They are saying, ‘I’m worried that my kids may not have a place to live.'”

With celebrity cases, Kessler also has to make sure he’s listening to the right person—the client, not the manager or publicist. Sometimes clients are reluctant to say what they want in front of family or friends. “When they’re alone with me, they’ll say, ‘You know what I really want? I don’t care that he cheated. I want him back.'”

Kessler met his wife just after law school but they didn’t get married until they were both in their 40s. The delay, he says with a smile, was more her choice than his.”People would think I’m the divorce lawyer; I didn’t want to [get married]. But she wasn’t in a rush and I was happy to be with her.” He didn’t become a father until age 44 and he says it’s given him a new appreciation for how hard custody cases are. “Money, you can get over,” he says. “But if someone is not allowed to be around their child, that is a very tough case.”

One such case involved a custody battle between a Jewish mother, a gentile father and an Israeli court. The mother asked if she could take their daughter to Israel to visit a dying relative. The father, who had complete custody after the divorce, agreed, as long as the mother’s mother went along to supervise. After arriving in Israel, the woman didn’t call and the daughter didn’t return to the States.

In keeping with his belief that family law should not be fought in the courts, Kessler, who is chair-elect of the American Bar Association Section of Family Law, is working on an initiative called “Families Matter.” The idea, he says, is to triage messy situations. “Get in early and don’t have a temporary situation that festers,” Kessler says. “Even though it’s hard for kids in divorce, maybe if we do it faster they will know what their future is going to be.”

Kessler, representing the father, traveled to Israel with his client and spent five weeks working on the case. A judge initially gave the child back to her father pending the outcome; then there was a delay, the father had to return to the States, and instead of putting his daughter in an orphanage until the case was settled, he returned her to the mother. “It took six or seven months, and ultimately the judge decided the child should stay in Israel, because as a practical matter, the father had let mother take the child to Israel [in the first place],” Kessler says.”That was a hard pill to swallow. I had spent a year in Israel [before college and during college] and I feel strongly about Israel, and that really disturbed me.”

So much that he’s working to improve laws relating to international custody.

He’s also a big proponent of family courts, such as the one he helped set up with other lawyers and judges in Fulton County. “It’s made a big difference, where a family who goes to a judge knows that the judge sees family law cases morning, noon, and night, instead of a judge who last week heard a death penalty case,” Kessler says.

“The hard part is funding and trying to convince other judges that family law judges need more resources. It goes back to the concept that families matter, that we can knock it out before people have to wait in line and their kids start saying, ‘I’m going to go hang out with my friends on the street corner because I don’t want to go home to Mommy and Daddy yelling.'”