Recent data shows couples are increasingly skipping the walk down and cohabiting, but just because there are no rings or a marriage certificate, that doesn’t mean couples can skip talking about finances. 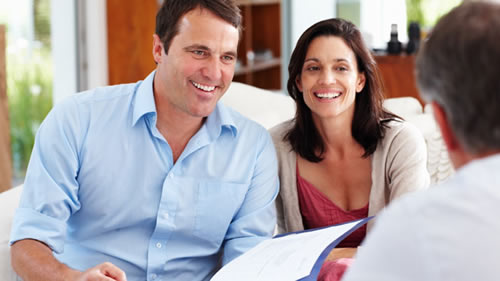 The number of unwed couples jumped 74% to 6.7 million between 2000 and 2009, according to the U.S. Census. Managing the household finances is complicated no matter a couple’s marital status, but experts warn non-married couples living together take extra steps to protect assets.

“Not everyone wants to get married and not everyone can legally get married,” says Randy Kessler, founding partner of law firm Kessler & Solomiany. When you don’t have the rights of a married person, think about what you want if the relationship ends. How you join or separate your finances doesn’t matter when you’re getting along, he recommends.

As unromantic as it sounds, you should think of the living situation as a business relationship. “In love, you plan for the best. In business, you plan for the worst,” says Kessler. He continues to explain that getting married means acquiring many rights like being on the partner’s health plan and getting Social Security benefits. “Marriage and domestic partnerships set up the rules of disengagement.”

While you want to do the right thing for your relationship, it’s very important to protect yourself too, says Suzanna de Baca, vice president of wealth strategies at Ameriprise Financial. “If you aren’t legally married or in a domestic partnership, you don’t have legal protection over your potentially jointly held assets.”

In this situation, either you need a contract to protect your assets if you break up or you should decide not to co-own assets or have joint accounts, says Tracy Stewart, a certified public accountant in College Station, Texas. “In a divorce, there are rules but when you break up and you’re cohabiting, there’s no structure and that can be bad.”

If you decide to have an agreement, Kessler suggests having a lawyer review it so that it will be more likely to be enforced. Since a contract is an offer and acceptance, if you don’t have a lawyer look at it, still be sure to put it in writing even if that means spelling out the terms in an email and having a response that your partner agrees to the terms.

Being able to talk openly about money before moving in together will indicate a stronger relationship, says Stewart. “You’re putting up obstacles to your relationship if you don’t talk about money. You can get through these obstacles but why make things complicated.”

Since there’s no such thing as “palimony”, Kessler suggests asking, “What position do you want to be in when the relationship ends?”

Own your own car. To keep finances simple, keep car titles in the name of the driver, says Stewart.

If an asset is in one person’s name but both people make payments towards it and there’s an implication that it’s “ours”, you could lose the asset if the relationship ends, says De Baca.

Consider a legal agreement stipulating the nature of the arrangement. If you don’t have an ownership stake, De Baca doesn’t recommend contributing money towards that asset since there’s no guarantee you’ll get the money back.

Don’t share accounts. Your business side may tell you to keep money separate but because you’re in love, you may want joint accounts, says Kessler. Instead of joint accounts, he suggests each person have accounts at the same bank to make transferring money between accounts easy.

“If both of your names are on the account, you do have legal entitlement,” say De Baca. If you decide to have a joint account, discuss your money management styles and communicate about account activity. Think carefully before opening a joint account though—if your partner becomes disgruntled and drains the account, you have no legal recourse, says De Baca.

Keep student loans and credit cards to yourself. “You don’t want to be on anyone else’s debt—it could put you in bankruptcy,” warns Kessler. “Co-signing or guaranteeing debt is a terrible idea.”

Consolidating loans into one personal loan might seem like the right thing to do emotionally and economically since you could lower your interest rate, you risk being on the hook for your ex’s debt.

Decide who gets the house in a breakup. Whether you move into your partner’s house or you buy a house together, consider what you would do with a house or money spent on a house if you break up before you move in together. “You have to create an exit plan and not go into it blindly without an agreement,” says Michael Corbett, Trulia’s real estate expert.

If you decide to buy a house, one person can own the house while the other contributes, says Corbett. If you buy the house together, one partner can have the option to buy the other out.

“Agree upfront in writing when you’re buying a house,” says Corbett. Figure out the percentage of the mortgage, insurance, maintenance and repairs that each person will pay. If the relationship ends, agree to what both people are entitled to if one person wants out of the relationship and the other doesn’t or if both want out. If both names are on the mortgage and one person would like to keep the house, he or she will have to qualify for a new loan, says Corbett.

“You can write a contract that doesn’t put your name on the house but if it doesn’t work out, you get 20% or some other percent of what you paid,” says Kessler. “It has nothing to do with the house but is just a contract.

“You can agree to anything you want,” says Kessler. It’s better to be able to walk away if things don’t work out but if you’ve got at least $10,000 at stake, Kessler suggests talking to a lawyer about how to divide assets in a worst case scenario