Former Atlantan Nik Pace, who was runner up on “America’s Next Top Model” four years ago, has sued New York Jets wide receiver Braylon Edwards for child support, asking for up to $70,000 a month. 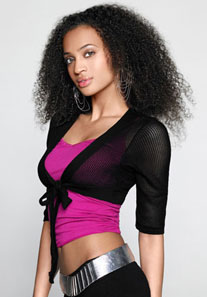 She gave birth to Braylon Jr. in August in Atlanta. The pair are not married. (The story broke in The New York Post today.)

Randy Kessler, an Atlanta attorney who represents the football player, said his client filed in Fulton County to be recognized as Braylon Jr.’s dad in June, two months before the baby’s birth.

But to Edwards’ surprise, 25-year-old, Pace is trying to get the case moved to New York, where she now lives. Pace’s attorney Raoul Felder told me today that Edwards deliberately filed in Georgia because the state has less generous child support laws than New York. He also says she has not lived in Georgia for a long time.

Hogwash on both counts, said Kessler.

“He took affirmative actions to declare himself the father,” Kessler said. “He filed in Georgia because that’s where she lived at the time. He hopes to resolve this amicably.”

Edwards, according Fox Sports, is making $5.45 million this year. 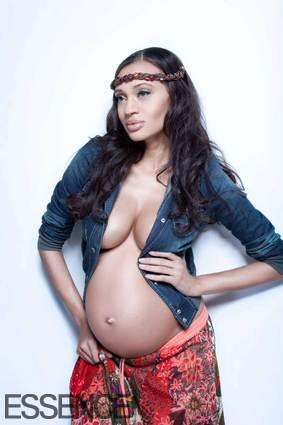 Pace had photos of herself taken while pregnant for Essence magazine, according to her MySpace page.

Pace was not the most fascinating character on “America’s Next Top Model” that fall but she almost won.

“I’m definitely a drama-free sort of person, “ Nik told me in late 2005. “The other people were my personal television. I enjoyed it.”

This is what I wrote for Peach Buzz at the time:

Although Tyra Banks liked Nik’s poses, some judges complained that her facial expressions weren’t as diverse as [the winner] Nicole’s.

The North Springs High School grad said she was going to spend the next week in New York knocking on model agencies’ doors. “I have to take advantage of my success as soon as possible, ” she said.

And this site tracks Edwards’ progress week to week with the Jets. Edwards, his attorney said, lives in Michigan and Cleveland. (He was with the Cleveland Browns last year.). He recently was charged with misdemeanor assault for punching a man outside a Cleveland club, Associated Press reported in October. He pled not guilty in November.

Coincidentally, he’ s playing the Atlanta Falcons this Sunday in New Jersey, where the Jets play.

Someone online compiled photos of her: