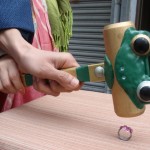 There is a joke about how, we all have it wrong. There should be a large retainer to get married and getting out would be quick and straight forward. That way people would be slower to marry and hopefully then be in it for the long haul. And when they want out, they could simply end the marriage with a brief ceremony, sort of like a reverse wedding. Well along those lines, apparently in Japan, where divorce is much more highly frowned upon than in the U.S., there is a new ceremony gaining in popularity: the divorce ceremony.

As silly as it may sound, there is something to it. It may well serve as a cathartic moment needed by those going through a divorce. A symbolic gesture of closure. Unfortunately, the symbolic gesture of closure for many divorcing parties in the U.S. is a trial. Some going through a divorce believe that once a trial judge hears their complaints about their spouse, all will be well. And nothing could be further from the truth.

Closure is never obtained through trial. After trial, one, or both parties feel(s) they were wronged and spend time thinking about how to make it right. That may be by appeal, refusal to follow the court’s order or by simply absconding. Sometimes mediation or other forms of alternative dispute resolution can provide some catharsis, but perhaps a divorce ceremony, like the one described in the story linked above, is worth considering? It may sound silly, but then again, so are most of the ultimate arguments that prevent a peaceful finalization of the end of a marriage.