Four-year-old Jelani, her mother and sister laid to rest in South Carolina on Saturday 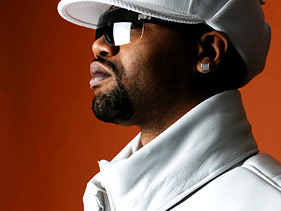 Juvenile’s 4-year-old daughter, Jelani Deleston, her mother and her older sister were laid to rest in James Island, South Carolina, on Saturday, just over a week after the three were brutally murdered in their Georgia home.

According to several media outlets, Juvenile reportedly did not attend the funeral services. TMZ, citing an unnamed spokesperson for the rapper, reported that he declined to attend because he did not want to attract media to the gathering.

Jelani, Joy Deleston, 39, and Micaiah, 11, were shot and killed on February 28, allegedly by Deleston’s 17-year-old son, Anthony Tyrone Terrell Jr. Terrell has been arrested and charged with three counts of murder and three counts of aggravated assault. He is currently being held in a DeKalb County prison. Because of his age, prosecutors cannot seek the death penalty against him.

Juvenile (real name: Terius Gray) has kept a low profile during the ordeal, with the only public comment being a statement from his manager saying that the rapper was “shocked and devastated” to learn of his daughter’s death. The extent of Juvenile’s relationship with Jelani or her mother, a sheriff’s deputy, is unclear.

Deleston brought a paternity lawsuit against Juvenile in 2004 claiming the rapper was Jelani’s father. Attorney Randy Kessler, who represented Juvenile in the proceedings, told The Associated Press that the case was resolved peacefully by consent order in 2006, with both parties agreeing that Juvenile was the father. Juvenile had been making regular child-support payments, his manager told the press.