The daughter of rapper Juvenile, along with her mother and sister, were murdered Thursday in Georgia, according to the Atlanta Journal-Constitution.

The mother, Joy Deleston, a sheriff’s deputy in Gwinnett County, was fatally shot, as were her two daughters, Micaiah, 11, and Jelani, 4. 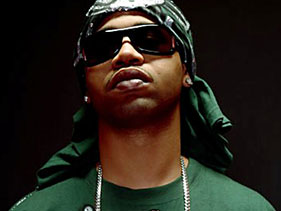 Jelani was the daughter of Juvenile, the paper reported.

Police in DeKalb County confirmed to MTV News that the alleged shooter was Anthony Tyrone Terrell Jr., who is Deleston’s son. Terrell, 17, is currently being held and is being charged with three counts of murder and three counts of aggravated assault, the AJC reported.

A representative with the rapper’s label, Atlantic Records, had no comment.

Deleston, 39, was an actress who appeared in locally produced films, as well as a seven-and-a-half-year veteran of the Gwinnett County Sheriff’s Office, according to the paper.

Terrell waived his first court hearing, where he would have been formally notified of the charges against him, on Friday (February 29), a Gwinnett County Magistrate Court clerk told the AJC. Defense attorney Lyle Porter, who could not be reached Friday, has been assigned to represent him.

“Investigators interviewed Mr. Terrell, and as a result of the interview, there was enough probable cause to charge him with the murder of his mother and two sisters,” a police spokesperson, who said the motive for the shootings was still under investigation, told the paper.

Deleston brought a paternity lawsuit in 2004, claiming that Juvenile (real name: Terius Gray) was Jelani’s father. Attorney Randy Kessler, who represented Juvenile in the proceedings, told The Associated Press that the case was resolved peacefully by consent order in 2006, with both parties agreeing that Juvenile was the father.