When Atlanta resident Diana Gowins gave birth to twins fathered by a married multimillionaire, she felt her children deserved the finer things in life. 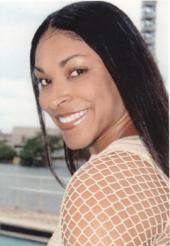 The father, high-profile Florida-based attorney Willie Gary, gave his former lover money for the twins, but when he felt she was misusing the child support, he took her to court in November 2005. Gary convinced Fulton County Superior Court Judge Cynthia Wright to reduce his payments from $28,000 a month to $5,000.

However, the Georgia Court of Appeals issued a decision Friday siding with the mother, tossing out the judge’s order to reduce the father’s payments.

“It’s a big decision,” Gowins’ attorney, Randy Kessler, said Tuesday after receiving a copy of the appellate court’s ruling. Kessler said he faxed a letter to Gary on Tuesday afternoon demanding that he pay about $300,000 to Gowins by Friday to get caught up and then resume monthly payments of $28,000, the amount he initially agreed to pay. Although $28,000 a month may sound high, Kessler said, Gary makes more than $13 million a year, so his payments are comparable to a man with an annual salary of $130,000 paying $280 a month for their twins.

“He agreed to it,” Kessler said. “He can afford it. He can’t just change his mind.” 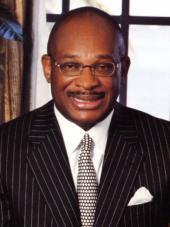 Willie Gary boasts on his Web site about his successes — among them owning a cable network with Evander Holyfied and a winning trial record. His net worth is estimated at $60 million.

“I just look at this decision [by the appellate court] as a small hurdle,” he said.

Schatten said Gary only challenged how much he pays for his 6-year-old daughter and son after he discovered that Gowins stopped putting money into a college fund and spent much of the cash on herself. Gary’s attorneys have accused Gowins, who lives in a $600,000 home in south Atlanta, of splurging on designer clothes, a Steinway piano, cruises without the kids and a tummy tuck. She also spent thousands on private school tuition and diamonds for her oldest child, a teenage daughter from a previous relationship, Gary argued in court documents.

The Fulton judge told Gowins, a former nurse, to go to work and watch her lavish spending, but she refused, saying she has a right to be a stay-at-home mom.