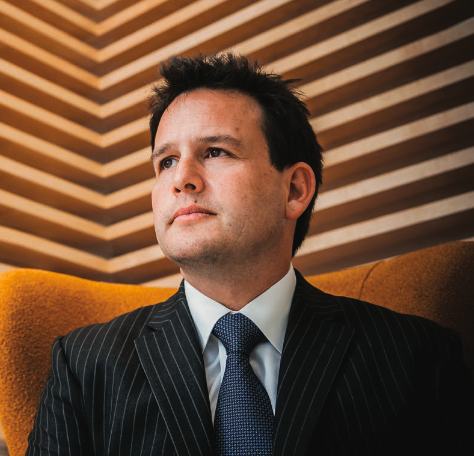 “I don’t want you guys carrying an umbrella for a living.”

Marvin Solomiany heard that often when he was growing up. His father was a salesman who once sold umbrellas to gas stations in Puerto Rico to earn a living, and he wanted his four boys to carry briefcases, not merchandise. He got his wish: two are immigration attorneys, one is a corporate law attorney. And then there’s Marvin, who, for the last 10 years, has been managing partner at the family law firm Kessler & Solomiany.

Start from scratch is practically the family motto. “One of the biggest thrills I’ve got is being able to say nothing was given to me,” Solomiany says.

He headed to Cuba alone, not knowing a single word of Spanish; as soon as he could, he sent for his wife and five daughters. Solomiany remembers one of those daughters, his grandmother, recounting how she told her own parents, “Instead of a wedding, give me the money so I can do something with it.” That something was to open a store, which she owned until Castro came to power and the family had to start all over again in Puerto Rico in 1960. Solomiany and his brothers were born and raised there before heading off to universities in the United States.

As a first-year student at Emory’s law school, Solomiany clerked at what was then The Law Offices of Randall M. Kessler, which consisted entirely of Randy Kessler, Barry Schwarz and a paralegal. The law firm’s address—still the same after all these years—wasn’t exactly glamorous in the pre-Olympics cityscape, either. “I drove into downtown for the first time in my life, got lost, and thought, ‘Wow, this is really run down,’” Solomiany says.

And Kessler didn’t even have a position to offer. “Randy said, ‘Well, you can be a clerk and file stuff and pick up my shoes.’ I was like, ‘OK, I’ll do it!’”

“We made it clear that it was only for the summer,” Kessler remembers. “By the end of the summer I told him we hoped he would plan on staying with us throughout law school and after. He made a great first and lasting impression.”