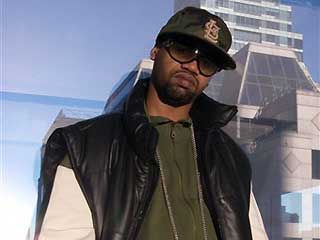 The rap star Juvenile is “shocked and devastated” by the shooting death of his young daughter, the girl’s mother and another child, his manager said Saturday.

The 32-year-old rapper is still trying to cope with the death of 4-year-old Jelani; her mother, 39-year-old Joy Deleston; and the woman’s daughter Micaiah, 11, whose bodies were found Thursday night in their home, said manager Aubrey Francis.

“It really shocked him and devastated him to the point where I’ve never seen him before,” Francis said. “Right now he is relaxing and trying to grasp everything of what has happened.”

Meanwhile, 17-year-old Anthony Tyrone Terrell Jr. is being held in the DeKalb County jail, charged in the deaths of his mother — a Gwinnett County sheriff’s deputy — and siblings at the home near Lawrenceville, outside Atlanta. He was arrested Friday.

Juvenile, who is in New Orleans, had been making regular child support payments, Francis said.

In 1998, Juvenile released his third album, “400 Degreez,” which sold 4 million copies. At one time he was part of the four-man group The Hotboyz, along with Lil Wayne, Young Turk and B.G.

Attorney Randy Kessler, who represented Juvenile in the paternity suit, said Saturday he had not talked with the rapper about the killings.

“Any time you have a situation like that, it’s shocking,” Kessler said.

Terrell was taken to jail in neighboring DeKalb County to avoid any potential conflict because Deleston worked for Gwinnett County, said Lawrenceville police spokeswoman Illana Spellman. She could not confirm Friday whether Deleston’s service weapon was used.

Because of his age, prosecutors cannot seek the death penalty against Terrell. A preliminary hearing will be set next week in Gwinnett County Superior Court, prosecutor Danny Porter said.