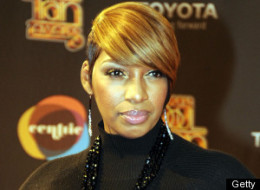 Last week, it was reported that Leakes had hired renowned divorce and family law attorney Randy Kessler to represent her in dissolving her marriage.

According to the reality star, Bravo aired the footage backwards.

“In real life it didn’t happen that way. I filed months ago, before that audio even came out. When the audio did come out it just reassured me that I was doing the right thing,” she told Essence.com.

Leakes also revealed that Gregg doesn’t want a divorce. “He says he’s very much in love and he wants to stay married,” she said.

Sources have told RadarOnline that the couple are living completely separate lives.

“She stays in the main house most of the time with her two sons and if Gregg is around NeNe lives in another apartment,” the source revealed.

The drama went public several weeks ago onThe Real Housewives of Atlanta, when NeNe confronted Gregg about a radio interview leaked last summer, in which he bitterly confided in radio DJ Corey King about his marital woes. Gregg wasn’t aware that the audio was being recorded; it’s been reported that King leaked the tapes to get back at him for borrowing money last year.

NeNe then aired her feelings on her personal BravoTV blog, saying that she’s reached her “breaking point.”

Gregg and I have held it together for years, but my breaking point has come. I’m one hell of a woman, and I am nobody’s fool. When the person you love and trust betrays you, it has got to be one of the worst feelings…Yes, Gregg is a good guy, but that doesn’t mean Gregg is a good husband…My happiness and independence means everything to me, and I want to follow my heart, but I’m scared! I’m taking baby steps, but I hope I’ve been brave enough for all the women that couldn’t!