In early February, Glenn and Susan Richardson walked into the Paulding County Courthouse, filed for an uncontested divorce and got their case sealed from public view. 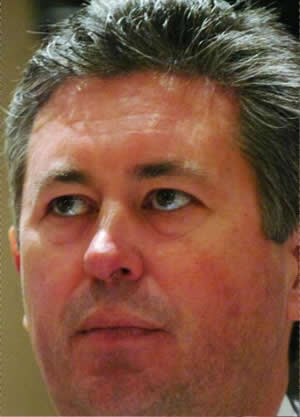 The handling of the divorce raised questions as to whether the speaker of the state House received preferential treatment from Judge James Osborne, who was not initially assigned the case but signed the order placing it under wraps. The judge, once the speaker’s law partner, is now weighing a request to unseal the divorce file. He said Thursday that he has treated the Richardsons’ request like any other.

The case is being closely watched, particularly by divorce lawyers across the state. They say if the speaker succeeds in keeping the file sealed, it could lead to an avalanche of requests to close the files of other broken marriages.

“If they carve out an exception for him, I guarantee you we’ll all be trying to seal divorce records,” said John Lyndon, a family law attorney in Athens. “There’s no doubt about it.”

Lyndon has had mixed results sealing divorce records and said judges more often than not refuse to do it. When successful, he said he gives clients this caveat: “If challenged, I wouldn’t expect it to hold up.”

Randy Kessler, an Atlanta divorce lawyer, said he has received requests from clients for “the Glenn Richardson divorce,” meaning getting the case sealed right after it is filed. “But then we have to explain to them that we just can’t do it,” he said.

Family law attorneys say it’s understandable that parties to a divorce would want to have their cases placed under seal. With court files so readily accessible, attorneys say, filing for divorce can be tantamount to putting your financial information on a billboard.

No couple should be required to make their personal finances available for public inspection, said Atlanta attorney Shiel Edlin, who said he would like to see the General Assembly find a way to privatize divorce cases.

“I don’t have a beef with him trying to keep his private life private,” Edlin said of the speaker. “The problem is that he seemed to do it in an unprecedented manner. I will be extremely interested to see if the courts grant him the power to seal it.”

First Amendment advocates note there is a strong presumption to access to proceedings and records to ensure courts are treating both parties to a dispute fairly.

“Public access protects litigants both present and future, because justice faces its gravest threat when courts dispense it secretly,” the Georgia Supreme Court said in 1988, ordering court records unsealed in a paternity suit against a Roman Catholic priest.

George Anderson, a Rome activist who has filed a slew of ethics complaints against state officials, wants the Richardsons’ case unsealed. In a motion pending in Paulding County Superior Court, Anderson said “treating the House speaker’s divorce records like all other citizens’ will keep any back-door politics and special favors in check.”

Richardson, who declined comment Thursday, said in a court filing last month that Anderson’s motion was frivolous and riddled with false and malicious allegations. Richardson said he had no improper communications with the judge and noted the final divorce decree was granted more than 31 days after the case was filed, as required by law.

Gerry Weber, Anderson’s lawyer, fired back in a recent court motion, saying Richardson had failed to show why his case was so exceptional it should remain sealed. “Surely, public officials are not entitled to special secrecy of their divorces simply because they are public officials,” he wrote.

Before Osborne signed the order sealing the file, he heard from the Richardsons, in private, in his chambers.

“The court finds that the harm otherwise resulting to the interest of the parties and their children which are the subject of this action outweighs any public interest and access to that portion of the record,” Osborne’s order said.

Anderson’s motion to unseal the file is now before Osborne because Paulding’s two other Superior Court judges declined to hear it.

The motion initially was assigned to Judge Tonny Beavers, who stepped aside on Feb. 28. The case was then assigned to Judge Kenneth Vinson, who also disqualified himself, citing his “close personal relationship” with the Richardsons. When appointed judge in late 2006, Vinson was a partner in Richardson’s law firm, then named Vinson, Talley, Richardson and Cable.

Osborne was then assigned the motion. But he has not stepped aside to allow another judge from another circuit hear the case.

Osborne was a partner, from 1978 to 1994, in Richardson’s law firm — then named Vinson, Osborne, Richardson and Cable. He served as Paulding’s district attorney before being put on the bench in 2005.

Osborne said Thursday he has sealed “a number” of divorce files and could not recall ever denying a request to seal one. When asked if he handled the Richardsons’ case any differently from other uncontested divorces, he responded, “Absolutely not.”

Speaking generally, Osborne said requests to seal divorce files “are typically cases where the parties think their children could be impacted.”

With the prevalence of identity theft, Osborne said he is surprised more parties do not ask for their cases to be sealed. “It’s a gold mine of financial information that crooks could get at the courthouse,” he said.

When asked whether he considered recusing himself, Osborne said neither side requested it.

Georgia State University law professor Roy Sobelson, an ethics expert, noted that the code of judicial conduct calls for judges to disqualify themselves when their impartiality might be reasonably questioned.

“To go behind closed doors in which one of the people involved is a lawyer and a very influential state official and the other person is not a lawyer, all before a judge who has a connection with Mr. Richardson, it gives pause as to what the heck is going on here,” Sobelson said. “If something doesn’t look right, people are going to automatically assume bad things have happened — whether it’s true or not.”

The public’s trust in the justice system is based largely on its openness, Savannah family law attorney K. Paul Johnson said. If information is sealed in one case, then some court hearings would have to be closed if that information is going to be discussed, he said.

“It’s a slippery slope,” Johnson said. “At what point do you stop?”

Johnson, who agreed the Richardsons’ case could set an important precedent, expressed surprise the couple got the case sealed, absent some extraordinary exception that is not yet public.

“Just because he is a legislator, I don’t think he should be afforded any more protection than any other litigant,” he said. “If anything, Mr. Richardson, by making himself a public figure, has less of an argument to privacy than your normal citizen.”