Teens v Parents, at what age to cut the cord? 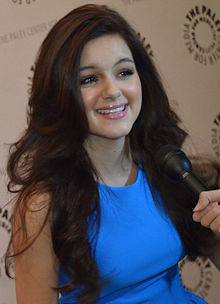 I wrote the following for LinkedIn as an “Influencer”:

I was asked to comment on HLN last week on the story about the young actress (14 years old) from the TV show Modern Family who wants to be out from under her mother’s care. Apparently her mom doesn’t like catching her in bed with boys and is very protective. Well that may be the best evidence of good parenting I have seen in quite a while. But young stars, like most young people, want to spread their wings. But they have more ability, more resources, more money, more friends (her older sister, in this case, took temporary guardianship of her) and more “supporters” making them feel powerful.  But they are kids and need guidance. Soon enough they will have the freedom to make many of their own mistakes, but even though some parents are not great at parenting, the natural parent seems to be the one most likely to want what is best for the child. Sure there are some parents who abuse this situation, but unless it is clear that such is the case, why shouldn’t they be given every chance to guide their child that they brought into this world as they deem best?