Thomas Weeks III and televangelist Juanita Bynum could be divorced by next week after a tumultuous marriage, separation and public altercation that put their troubles in the spotlight for several months. 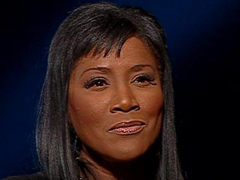 Weeks’ divorce attorney, Randy Kessler, says the pastor offered a divorce settlement to Bynum after she failed to show up for a court-ordered mediation hearing last week. Bynum has missed several appointments since filing for divorce in September.

Kessler did not discuss the details of the 15-page document, but said that it does include his fees, which have reached a “significant, five-figure amount.” He said Bynum is expected to sign the document with a couple of minor changes.

“Our hope is that she’ll sign it this week and we’ll get the divorce finalized in court by next week,” Kessler said.