Where Should You Get Divorced?

Let’s suppose, for conversation’s sake, that you’re scheming to divorce your spouse, whom you suspect of cheating (and to whom you’d like to pay not one dime’s worth of alimony). Is there a way for you wiggle out it?

Yes. Move to Georgia, where adultery is a bar to alimony. 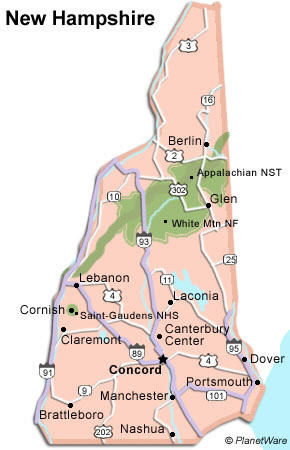 Randall M. Kessler, chairman of the American Bar Association’s Section on Family Law, says that’s just one of many differences between one state’s divorce law and another’s. Kessler, an attorney with Kessler & Solomiany in Atlanta, is an expert on such differences. Depending on your circumstances—on what advantage you seek or what penalty you hope to avoid—you’ll be better off divorcing in one state than another.

“Child support in California is typically 10 times what it is, say, in Georgia or Nevada,” he says. In Texas, “It’s very hard to get an award of alimony.”

When it comes to division of assets, some states decree a straight 50/50 split, right down the middle. Judges in others can decree a split that favors one spouse over the other, perhaps dramatically. In issues of child custody, one state may have a bias in favor of the mother; another may give at least equal consideration to the father.

In choosing the best venue for your divorce, there’s a further issue to consider: How costly and time-consuming is the process itself? What kind of fees will you have to pay? How long must you have been a resident to file? Are there waiting periods, either before or after filing, and how long do they last?

Bloomberg recently ranked all 50 states (plus the District of Columbia) on ease of divorce, taking such considerations into account. They determined New Hampshire to be the easiest state in which to get un-hitched, neighboring Vermont the hardest. Bloomberg quotes Vermont Law School professor Cathryn Nunlist as saying that when people come to her seeking for a divorce, she advises them to cross the state line and do it in New Hampshire, where it’s significantly easier.

In New Hampshire you can be divorced in a single day; there’s no minimum processing time or minimum residency period. Nunlist says you can establish residency just by crossing the border. In Vermont, by contrast, the couple must have been residents for at least a year. They must have undergone a six-month separation, during which they must have lived apart. After a judge grants their divorce, there’s an additional three-month waiting period before it becomes final. All in all, the minimum processing time in Vermont is 450 days. Moreover, you’ll pay $262.50 in filing fees, versus $180 in New Hampshire. (In terms of fees, South Dakota is the best bargain at $50; Florida the worst at $409.)

Bloomberg notes all sorts of other differences across the U.S. In Delaware a couple, if they continue to co-habit before filing, must have lived in separate bedrooms during the state’s mandatory six-month separation period. Sex between them is allowed, but only if it is pursuant to “efforts to achieve reconciliation.” (Material in quotes here and below is from state statutes.)

Grounds for fault divorce (as opposed to no-fault) vary from “habitual intemperance” (Idaho), three years of desertion (Maine), one spouse’s having made an attempt on the life of the other “by poison or any other means showing malice” (Tennessee), and “persistent refusal to have reasonable matrimonial intercourse” (North Dakota).

New Mexico and Mississippi are two of only seven states that, in cases of alienation of affection, give the cuckolded spouse the right to sue the lover of the other spouse for damages.

One spouse’s having been an “idiot” at the time of marriage is grounds for divorce in Mississippi. In Indiana, two years of “incurable insanity” are sufficient.

In the age of no-fault, does anybody still opt for a for-fault divorce?

Yes, say experts, but it’s rare and limited to situations where the divorcing spouse has some special point to prove—that the other spouse was, say, exceptionally cruel or a terrible provider. In 1970 California became the first state to offer no-fault divorce. New York, the last hold-out, has offered it since 2010.

Harry Gruener, head of the Family Law Clinic at the University of Pittsburgh School of Law, says you’d be hard-pressed to find a single instance of for-fault divorce in Pennsylvania in the past 20 years.

Gruener says divorce in the case of gay marriage presents special issues. Most states still do not recognize marriage between same-sex couples. Some have gone further and declaratively defined marriage as legal only between a man and a woman. What happens, asks Gruener, if a same-sex couple legally married in Massachusetts splits up, with one spouse relocating to Pennsylvania, which does not recognize gay marriage?

The relocated spouse, he says, cannot get a divorce in Pennsylvania because in the eyes of that state no marriage exists. That spouse, Gruener suggests, would have to return in Massachusetts and re-establish residency there in order to get divorced. “It’s a real problem for gay couples,” he notes.

Kessler says some states that permit gay marriage, including Massachusetts, are now trying to assert that they have jurisdiction to grant divorce, no matter to what states one or the other partner may have moved.

As for a gay couple married in Massachusetts and divorcing in Massachusetts, Kessler says, the process would be no different from that required of a heterosexual pair. In either instance, he says, “Divorce is divorce,” regardless of sexual orientation.

Gay or straight, are people really so devious as to plan years in advance how to get the upper hand by moving to another state?

“I see it every day,” says Kessler. He cautions, however, that the approach can backfire: Judges look askance on venue-shopping, he says, so if the shopper’s intent is discovered, the court may be prejudiced against him or her. Further, the judge may take pity on the deceived spouse, especially where entire family, young children included, has been uprooted to achieve the move.

What should a spouse do if he or she suspects a spouse is planning such a move? Be suspicious, counsels Kessler: “If you’re not getting along, and if all of a sudden your husband says let’s move to Nevada–and you have no idea why–start thinking. Get some advice.”