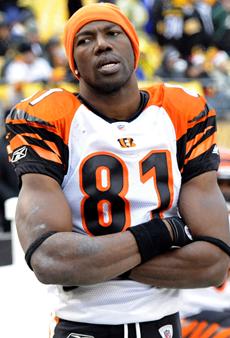 Two weeks after being accused of not fully paying his $5,000 per month court-ordered child support, free agent WR Terrell Owens has ponied up.

T.O. has been providing support to Melanie Paige Smith for more than four years. She filed a complaint in Fulton County (Atlanta) Superior Court when he failed to pay the full sum last month.

Smith’s lawyer, Randall Kessler, has formally asked to dismiss her request that Owens be held in contempt of court.

Next up for Owens, who earned $2 million plus incentives from the Bengals in 2010, may be finding his next NFL home … assuming the lockout ends soon. However at 37 years of age with a recently reconstructed knee, he may not hear his phone ring anytime soon.