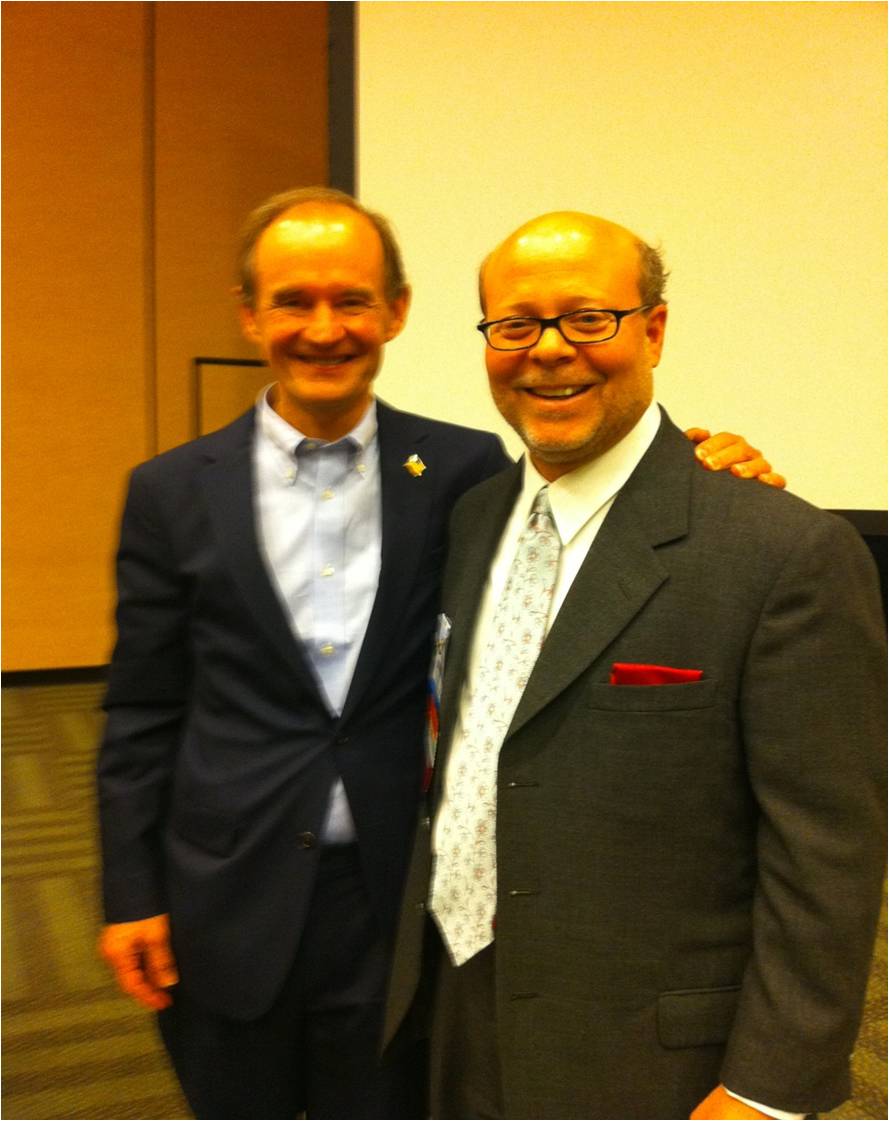 I have been very fortunate to have been invited to speak at a few seminars recently on high profile and high asset divorce. This month (November, 2011) I have already spoken in Mexico to Sports and Entertainment Lawyers, to Asset Recovery Specialists in Las Vegas, and on November 21, 2011, I am on a panel with David Boies and others to speak on High Profile representation (for program information, click here). Over 2,100 lawyers have signed up for this one. While it is always flattering to be asked to speak, being asked to speak alongside one of, if not the best lawyer in the country, David Boies is one of the highlights of my career. Just preparing with him and the other panelists has been a thrill. The real challenge will be to not say too much during our presentation so that I may learn as much as I can from him and our other panelists.

While we have been honored to represent our share of public figures, David Boies has been hired for the biggest cases by the highest profile clients (Al Gore, Mrs. McCourt, the NFLPA and the NBPA among others). This program will be educational for all, and I will have the best seat in the house. I am flattered and grateful to have been invited onto the panel and look forward to learning a lot from my co-panelists. If there is anything you want us to address during the program, let me know so I can see if we can work it in. If we can’t, I’ll do my best to get answers to your questions after the program.

Why is the McCourt’s divorce unique?

Why is the McCourt’s divorce unique? Because lately the high profile cases in the news have been resolved out of court (Think Tiger Woods, Sandra Bullock and A-Rod). In fact, most high profile matters our firm is involved in are settled without any press and with very little expense. Actually going to trial with so many dollars at stake (and so much public reputation to lose) is becoming rarer and rarer. But the McCourts are there (click here for link to UPI story). No doubt the lawyers tried their best to guide the parties to resolution. Lawyers of that caliber always do. But when one party (or both) think their position is blatantly reasonable, or is an obvious “winner” in court (there is no such thing), it can be hard to settle a case. Some cases are just easier to try.

Unfortunately for the McCourts, it appears the court will decide their divorce which is guaranteed to make one, if not both parties displeased with the outcome.

On ocassion we encounter a stubborn opponent (opposing party or opposing lawyer). Even then, steps are taken to try to reach resolution. Mediation, settlement conferences and even pre-trial conferences with the judge are usually attempted to promote settlement. We also sometimes utilize a process known as Late (or Early) Case Evaluation. This process entails hiring a family law attorney who is respected by both sides to give everyone a “reality check”. Sometimes that does the trick. But when someone is truly unreasonable, the only way to resolve a case is trial. But even then, the good lawyers can only ease their conscience if they have truly attempted settlement first. But once settlement efforts are exhausted, trial becomes inevitable. Perhaps the one benefit of the McCourts actually going to trial is that others will realize how risky and costly trial can be, and thus become more determined to resolve their own cases privately. Let’s hope the message is sent, and heard, loudly and clearly.

What an annual meeting! The CLE programs have been wonderful, and for those of you still here in San Francisco at the 2010 ABA Annual Meeting, there is one more “MUST-SEE”. At 10:30 am today (Sunday), there is a presentation on “Trying High Profile Cases in a 24/7 New Media World”. What is amazing is who is on the panel of presenters. Among the five panelists will be David Boies, who just successfully argued and tried the Proposition 8 case. Is it possible to have another presenter as timely as him? Yes, The Honorable Vaughn Walker, the judge who decided that case will be on the panel as well. Many ABA groups are co sponsoring the program and I am sure it will be packed, so I just hope there is room for everyone who wants to attend, including me which means we should all get there early.

There has already been a tremendous amount of educational information sharing, but to be in San Francisco and to get to go watch and listen to the lawyer and judge who just tried one of the most intriguing and possibly society-changing cases in our lifetime makes it worth rising early and standing in line to listen, watch and soak in as much as possible before this 2010 Annual Meeting ends. I am looking forward to the program and I look forward to learning from it and sharing.

Tiger and Elin trying to get it done privately

There is so much speculation about the impending Tiger v. Elin settlement, that it is hard to know what the agreement will be.  It seems Tiger wants Elin to keep things private and it looks like Elin will be compensated well for that.  But $750,000,000.00?  That seems like quite an overpayment and I imagine the settlement numbers will be much lower.

But so what?  It is their business.  He earned the money and she is his wife and the mother of his children (paternity claims of others notwithstanding).  My point is that these two have shared things that no one else can fully understand or appreciate.  Any settlement is a compromise between two people where each obtains something they want.  Based on the public speculation and intermittent reports, it seems Tiger wants privacy and Elin wants financial security. What do those terms mean?  It is up to them.  Sure we can all speculate and say that she is overreaching or that he is overpaying (some say there is no amount he can pay for what he did, but many would feel that several million would be a good start if their spouse tried to purchase their forgiveness).

But the real answer to what will the settlement be, is: whatever they choose.  They both have able counsel and will ultimately each get what they want or they will not reach an agreement.  Tiger can seemingly afford a luxurious settlement amount and Elin, with such financial security can likely be convinced to keep it all private. She has so far.  If it was truly all about vengeance, it seems she would have gone public by now.  So, good for each of them.  For working on it privately and for possibly resolving such a large division of assets rather quickly, efficiently and secretly.

Isn’t it amazing how interested the press is in celebrity cases?  Thankfully it seems that in Tiger’s case and Sandra Bullock’s case, the parties and the lawyers are being tight lipped.  The same is true for Dwayne Wade, but given that he had to go to court, there has obviously been more coverage.  What we should all appreciate is that the privacy of these parties has been preserved, at least with respect to the specific details of their divorces.  Dwayne Wade’s divorce shows how litigation exposes their private lives.  It seems he (Dwayne Wade) had little choice given that his wife went through nine lawyers and skipped a court date or two.  But compliments to the Woods family and the Bullock/James family for not opening up the dispute to further public inspection and comment.  Just like any divorce, litigation should be a last, not first option.