This was my 2013 post for LinkedIn Influencers (posted in December):

Welcome 2013. While the years roll by quickly, laws are often slow to catch up to the times. Legislatures move slowly, politicians worry about how their votes on new laws will affect their chances for reelection. And judges have much incentive to take the safe road, follow the rules and laws that have been around forever and to be sure they are themselves upheld on appeal. To accept a novel argument or interpretation of the law opens a judge up to much scrutiny and criticism. But there remains so much room for improvement in the area of family law. Not just to our laws, but within our profession as well. We need increased civility between lawyers and between parties. We need better education about the process and the tools available to achieve resolution. And we need better, more modern laws, to handle the new realities of our society.

On a national and state by state basis we must address how to help same sex couples dissolve their relationships in a civil manner. If they are not allowed to marry, perhaps they should still be allowed to divorce? Otherwise they will still end their relationships, but the process will continue to be confusing, frustrating and sometimes violent. When human beings have no recourse under the law, they engage in self help (sometimes called vigilante justice). Why not permit these tax paying and law abiding citizens to use our court system to resolve their disputes like other citizens? Wether you approve of same sex relationships or not, they exist and prohibiting same sex marriage, or same sex divorce, does not and will not stop same sex relationships. Instead, it helps avoid land disputes, child custody disputes, title disputes and many other problems that ultimately cause all of us money since our tax dollars pay for courts, policemen and other services that are needed when disputes get out of hand. Courts, when permitted to help members of society, for instance in same sex divorces, will reduce cost, tension and resources across the board and thereby help all taxpayers.

So what about DOMA (Defense of Marriage Act)? Will it fall this year? It seems inevitable. The federal government which has historically left family law matters to the states, stepped deep into family law when it approved DOMA. It seems the current trend is to to see DOMA as overreaching. I believe DOMA will be undone (by the courts, since a majority of legislators will likely never vote to do something that implies that they approve of gay marriage).

And international custody issues including abductions, denial of visitation rights and even simple communication via new technology should be reviewed. We all remember the Sean Goldman custody case in Brazil. There are so many cases like his that are not reported in our press. Kids get taken from (or to) the U.S. and are never returned. Even in countries that have signed the relevant Hague Treaties, it is often difficult to get a child back. And in others such as Japan, it is nearly impossible. We need to work on this in 2013.

But again, civility. Handling our family matters in a civil and peaceful way is a must. It all starts with family. And we as lawyers must do our part. Yes family matters such as divorce and custody disputes fall into our adversarial system of justice. And for some disputes, it must be so. But so many family disputes can be resolved amicably if we just let emotions subside. If we pause and think about how we want our children to know we handled our differences. Wouldn’t we all be prouder if family law disputes were resolved by the parties involved and not by lawyers and judges who had never known the family when they got along? Alternative Dispute Resolution (ADR) has played an increasing role in family law. Be it mediation, arbitration, late case evaluation or collaborative law, there are many more options in 2013 than there were in 2003 or in 1993. Let’s take advantage of these resources, and lets all, lawyers, judges, mediators, expert witnesses, psychologists and parties, pledge to work amicably. Court decided resolution is never as good as a result agreed to by the people involved. And that can best be accomplished if we act civilly. Especially us lawyers. We do not have to continue seeing the other side after the dispute is resolved. But our clients do. They will go to their kids’ weddings and other events together. Lets commit to doing our best to ensure that these future events and life itself, will be better and easier for our clients because of the efforts we undertake. That’s my commitment for 2013. I look forward to a positive year of helping people and doing my best to ease their burdens and not to increase them. 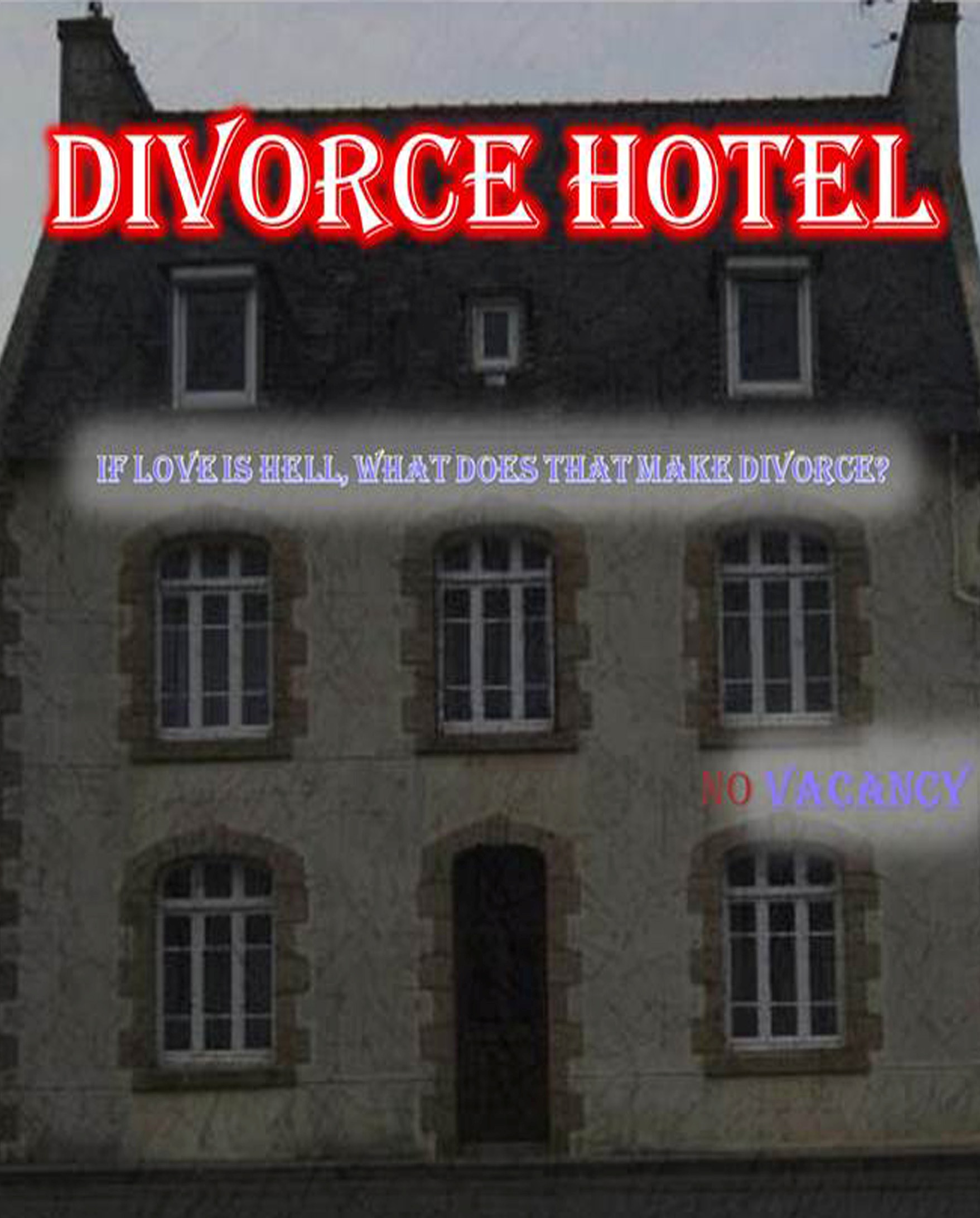 The New York Times recently ran a story on “Divorce Hotels”.  It’s not such a strange concept.  Click here for the NY Times story. A divorcing coupe stays at the same hotel to ensure the process moves forward. No delays. Lawyers there focus on that case. Paying attention to a case often helps “get ‘er done”.

Is this the wave of the future? Probably not.  Is there a place for it? Maybe.  The real bottom line is that once people are ready, emotionally and with all of the facts (an understanding of all finances/incomes/property values, etc.), divorcing parties should get together, be it for mediation or a settlement conference, or even a weekend at the “divorce hotel”, and they should not stop trying to reach resolution until it is done.  The alternative, trial, is expensive, costly and very, very imperfect.  Keeping hold of your own desitiny is vital.  Mediation, and maybe even the “divorce hotel” offers an opportunity to do that. 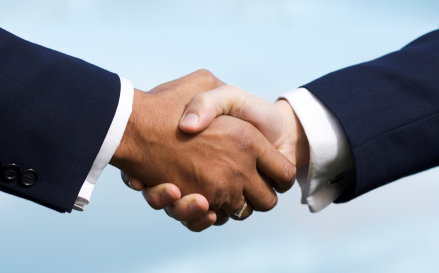 On January 12, 2012, Dennis Collard and I will be presenting at the State Bar of Georgia on “Winning Settlement Strategies. The seminar brochure can be accessed by clicking here (click for brochure). We are the final speakers for this fine seminar being put on by the General Practice and Trial Law section of the State Bar of Georgia. Other fine speakers include Pete Law and Judge Gino Brogdon among others.

Too often the focus on lawyer education is on how to go to trial. While our particular presentation does indeed cover preparing for trial, our overall point is that by preparing well for trial, you make it more likely you will achieve an appropriate settlement. As with most seminars, the best part of the day will be listening to and watching the other speakers so that I may learn from them. If you are able to join us, please do. And if you have any suggestions for us to consider incorporating into our presentation, please let us know.

Cuba! To exchange legal ideas with Cuban lawyers, in Cuba, how unbelievable! I am so fortunate to be able to help with this venture next March. The idea is to promote understanding of family law in each country and to exchange ideas that will hopefully help families in both countries.

At this point I am simply excited about the program and am looking forward to it. If you have any ideas, suggestions or comments, please let me know.

ABA Annual Meeting special one for me 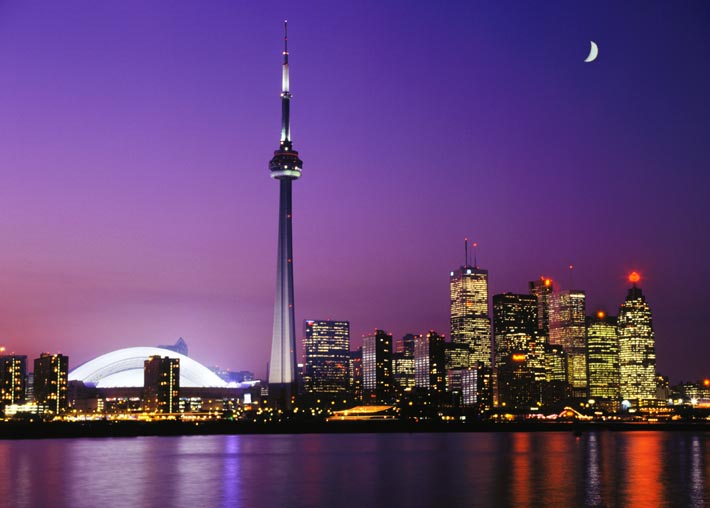 The 2011 American Bar Association Annual meeting which begins this week in Toronto (click here for a link to the home page for the meeting), holds special meaning for me. On Friday August 5, 2011 I will be sworn in as Chair of the Family Law Section (FLS) of the ABA. I am so honored and excited. The FLS has 10,000 members who are all interested in the practice of family law, whether they are lawyers, judges or law students (over 9,000 are lawyers). Our goal, and mine, is to improve the practice of family law and to minimize the negative impact family law can have on families. My platform will be a continuation of our “Families Matter” project which has the reduction of such an impact on families as its goal.

Practicing family law has been gratifying, knowing that we can and have helped many families. It also can and has been frustrating. When bad results happen to good people, especially to children, it can be devastating. But our job is not to be devastated and depressed, but to persevere and find better solutions. Through the ABA we are working to improve the system and to hopefully help all families achieve better results that are better for the whole family. Of course this is a difficult task, but it is one that any civilized society must undertake. All family law professionals (lawyers, judges, psychologists, accountants and others) play a role. Is our system perfect? No way. In fact, our systems vary from state to state and from community to community. But we are evolving. Today, family law is not an area of the law that is looked down upon. To the contrary, it is an area of the law viewed by many as one of the most important areas of law that exist. What other area has the ability to affect families and futures as much as ours? And with that comes a significant burden, a burden to help families and a burden to improve society.

I am glad to be in a position to help families. In my practice I often have that opportunity, and as Chair of the Family Law Section of the ABA, I have been given an even greater opportunity. I will try my best not to squander it and to do what I can to help families and professionals who are helping those families. If there is anything I can do, I hope you will call on me to serve you. It will be an honor to serve and I am sure, an experience I will never forget. 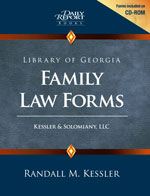 I am so excited about the new Georgia Library of Family Law Forms.  Last year I was asked to develop and edit this book and it has been a long process.  The attorneys and staff at the firm have been wonderful and we have gone to great lengths to ensure that this book (and CD-ROM) of Family Law Forms will be beneficial to the Family Law Practitioner.  There are over 200 forms and once we begin to receive feedback, I am sure we will add more forms and keep improving it each year with each new edition.

Family Law seems to affect everyone, and almost every practicing lawyer is asked once, if not many times during their career “Can you help me with my family law matter”.  While this forms book does not answer every single question, it does provide a wonderful start to those who are just beginning to practice family law as well as to those who want to have a full library of forms for themselves or their younger associates, paralegals or staff.  I am very proud of it and look forward to your feedback.  The first printing is scheduled for Fall, 2011 and there is an early bird discount for those who “pre-order”.  Let me know what you think (you can click here for more info).